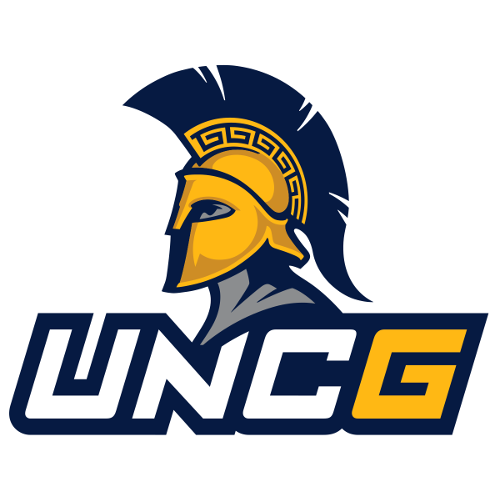 The UNCG Spartans men's basketball team represents the University of North Carolina at Greensboro in NCAA Division I. The school's team currently competes in the Southern Conference.

The school, formerly The Women's College of The University of North Carolina, allowed male students beginning 1965-66 and started a men's basketball program the following year. On March 2, 1996, men's basketball knocked off Liberty, 79–53, to claim the Big South Tournament Championship and advance to the NCAA Tournament for the first time in Division I. The Spartans lost to Cincinnati in the NCAA Tournament, 66–61. The five seniors from the team had their numbers honored. Scott Hartzell finished his career as the men's basketball's all-time leading scorer with 1,539.