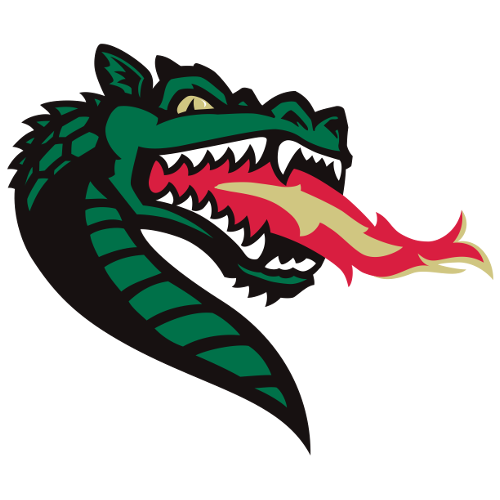 The UAB Blazers men's basketball team represents the University of Alabama at Birmingham (UAB) in the NCAA Division I men's college basketball, and have competed in Conference USA (C-USA) since 1995.

The UAB Blazers started their athletics program with the creation of men's basketball in 1978. Setting high standards from the start, UAB was able to lure Gene Bartow away from his post as the head coach at UCLA to start the Blazer program. Known as the "Father of UAB athletics," Coach Bartow was able to guide the Blazers to early success by reaching the NCAA tournament in just their third season of existence. Since their inaugural season, the Blazers have made 15 appearances in the NCAA Men's Basketball Tournament, and 12 appearances in the National Invitational Tournament.