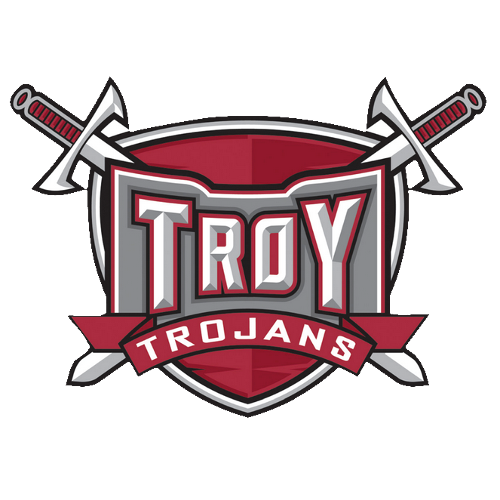 The Troy Trojans men's basketball program is the intercollegiate men's basketball of Troy University. The program is classified in NCAA Division I and the team competes in the Sun Belt Conference. The team currently plays their home games in Trojan Arena, which was built in 2012 and replaced the old arena known as Sartain Hall. Troy's first season was in 1950 under then head coach Buddy Brooks. As of the end of the 2012–2013 season, the Troy Trojans program holds a 989–784 overall record since the team was first formed in 1950.