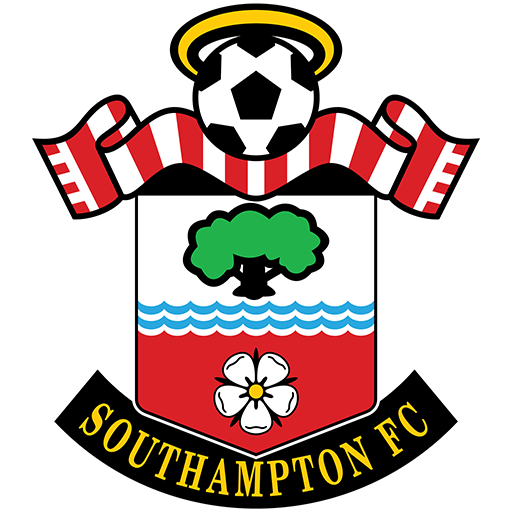 Southampton Football Club Listeni/saʊθˈæmptən, -hæmptən/ is an English football club, nicknamed The Saints, based in the city of Southampton, Hampshire, who currently compete in the Premier League.

The Saints' home ground since 2001 has been St Mary's Stadium, before which they were based at The Dell. The club has been nicknamed "The Saints" since its inception in 1885 due to its history as a church football team, founded as St Mary's Church of England Young Men's Association (or St Mary's Y.M.A) and has since generally played in red and white shirts.

The club has a long-standing rivalry with Portsmouth due to its close proximity and both cities' respective maritime history. Matches between the two sides are known as the South Coast Derby.

The club has won the FA Cup once in 1976, and their highest-ever league finish was second in the First Division in 1983–84. Southampton were relegated from the Premier League on 15 May 2005 ending 27 successive seasons of top-division football for the club. The club eventually returned to the Premier League after a 7-year absence and have been playing there since the 2012–13 season.