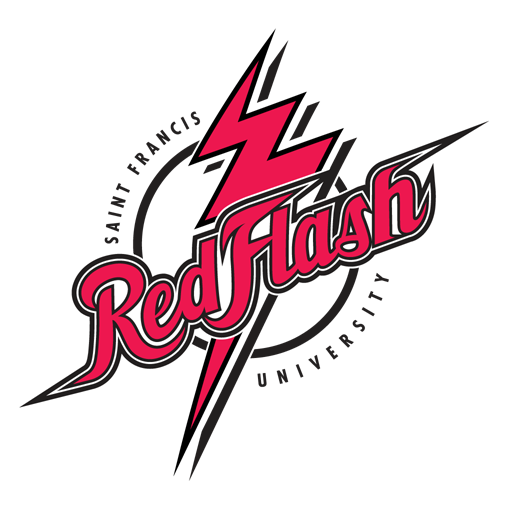 The Saint Francis Red Flash football program represents the intercollegiate football team for Saint Francis University. The team competes in the NCAA Division I Football Championship Subdivision (FCS) and are members of the Northeast Conference. The school's first football team was fielded in 1892.:64 The team plays its home games at the 3,500-seat DeGol Field. They are coached by Chris Villarrial.

The name dates back to 1927, when the school boasted one of the fastest football ground attacks in the east, headed by quarterback George Kunzler, captain and right halfback Ed McLister, fullback Alphonse Abels and left halfback Ralph Bruno. Because the team wore predominantly red uniforms, the fans and The Loretto (the student newspaper) dubbed the team "The Red Flashes."

The nickname quickly spread, first to the football team and later that same season to the basketball team. Within 15 years, "The Red Flashes" evolved into the present form of "The Red Flash," through the efforts of sports publicist Simon "Cy" Bender.

Before The Red Flashes romped on the football field, the school's teams went by a variety of unofficial nicknames, with the most popular being the "Saints." Others were derived from a Franciscan theme, such as the "Franciscans" and "Frannies."

The most popular unofficial nickname also evolved from the Franciscan theme, with its origins dating back to the 1930s. The nickname "Frankies" can be traced as far back as the 1938–39 basketball season, when the name first appeared in The Loretto and the Johnstown Tribune-Democrat. The rise of this nickname can be closely tied to the University's Mr. Frankie Award, given annually to an outstanding senior male, which dates to 1936.

The "Gigity" nickname gained widespread use by fans and the then-college but was discontinued after the 1971–72 season, giving way to the current "Red Flash" moniker. The change coincided with the opening of the Maurice Stokes Athletics Center.

Saint Francis’ athletics tradition dates back to 1867 when a group of students formed a team called the Independent Star-Athletic Association. The team played its first game under the Saint Francis banner in 1888. Gymnastics was established in 1882, while football was first played at Saint Francis University in 1892.

The name "Red Flash" is unique among NCAA Division I schools.