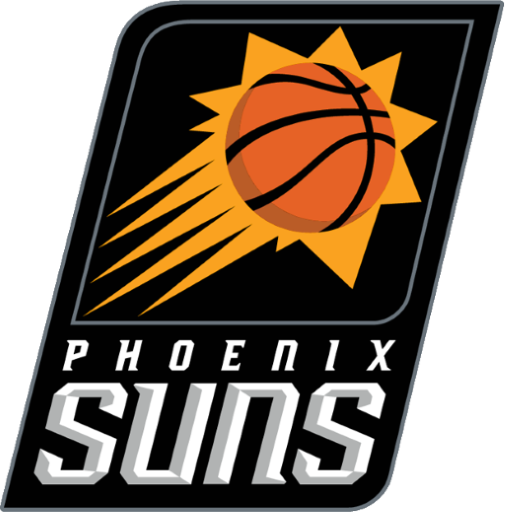 The Phoenix Suns are an American professional basketball team based in Phoenix, Arizona. The Suns compete in the National Basketball Association (NBA) as a member team of the league's Western Conference Pacific Division, and are the only team in their division not to be based in California. Since 1992, the Suns have played their home games at Talking Stick Resort Arena in downtown Phoenix.

The Suns began play as an expansion team in 1968. The franchise owns the NBA's fourth-best all-time winning percentage, winning 55 percent of its games, as of the end of the 2014–15 season. In 47 years of play, they have made the playoffs 29 times, posted 19 seasons of 50 or more wins, made nine trips to the Western Conference Finals, and advanced to the NBA Finals twice, in 1976 and 1993. As a result, the Suns are the team with the highest all-time win-loss percentage to have never won an NBA championship.

With the National Hockey League's Phoenix Coyotes changing their geographic location name to Arizona on June 27, 2014, which was required as part of their new Gila River Arena lease agreement, the Suns are the only men's major professional sports franchise based in the state of Arizona that brands themselves exclusively to the city of Phoenix rather than the state as a whole.