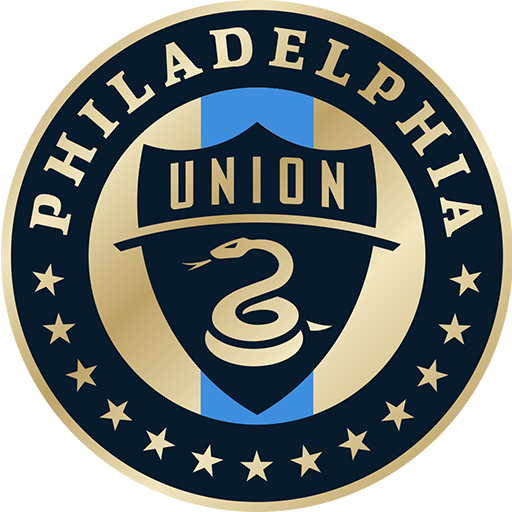 The Philadelphia Union is an American professional soccer team based in the Philadelphia metropolitan area which competes in Major League Soccer (MLS). The team plays their home matches at PPL Park, a soccer-specific stadium located in Chester, Pennsylvania, on the banks of the Delaware River. Jim Curtin is the Union's head coach.

Despite being one of the ten largest metropolitan areas in the country and a top-five media market, the Philadelphia area was not represented when Major League Soccer kicked off in 1996. The first effort to bring soccer to the Delaware Valley commenced in 2001, when a group of investors attempted to bring an MLS franchise to Trenton, New Jersey. The centerpiece of their efforts was a $31 million soccer-specific stadium to be built across the street from the Sun National Bank Center and with access to the under-construction NJ Transit River Line. The proposed Trenton MLS team was to have been named "Union FC." However, MetroStars (now New York Red Bulls) held the right to block a franchise in Trenton, as it would infringe on their 75-mile competition-free zone.

Five years later, plans were in place to construct a 20,000-capacity stadium on the campus of Rowan University in Glassboro, New Jersey. The stadium would serve as the home field for both an MLS expansion club and Rowan's football team. Ultimately, $100 million in state bonds to fund the stadium and various other improvements on the Rowan campus were dropped by New Jersey Governor Jon Corzine. Shortly after the Rowan proposal fell through, Keystone Sports & Entertainment (the group that would eventually own the Union) looked at a site underneath the Commodore Barry Bridge in Chester, Pennsylvania to develop a soccer-specific stadium.

In 2007, the Sons of Ben supporter group formed and began advocating for Major League Soccer to award Philadelphia an expansion team. They are credited with convincing the league that the area already had an established fan base for soccer.

Major League Soccer added Philadelphia as its sixteenth team on February 28, 2008. The finalization of the club was the result of a $47 million package approved by Delaware County politicians and Pennsylvania governor, Ed Rendell, that included the cost of PPL Park and a major urban renewal project.

In December 2009, the Union added the Reading Rage youth soccer organization as their official minor league affiliate in the USL Premier Development League. As a result, the Rage were rebranded as "Reading United A.C." with a new logo and colors for the 2010 PDL season. In the 2010 MLS SuperDraft, the Union selected forward Danny Mwanga from Oregon State University as the number one pick, as well as sixth and seventh picks Amobi Okugo from UCLA and Jack McInerney from the U.S. U-17 National Team in the first round. In March 2010, the Union signed an affiliation agreement with the Harrisburg City Islanders of the United Soccer League. And in January 2012, the Union formed their first international partnership with Deportivo Saprissa of the Costa Rican Primera División.