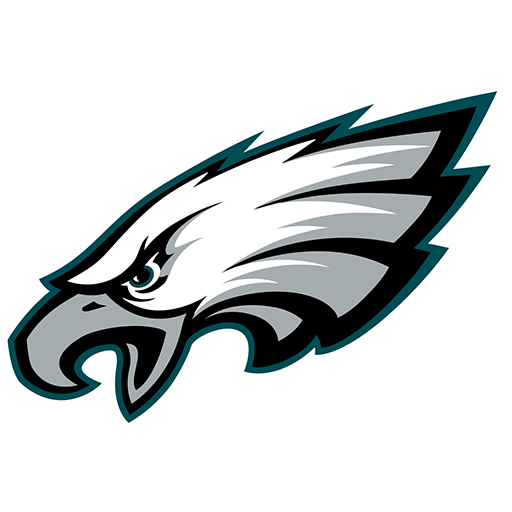 The Philadelphia Eagles are a professional American football team based in Philadelphia, Pennsylvania. They are members of the East Division of the National Football Conference (NFC) in the National Football League (NFL). The Eagles have won three NFL titles and made two Super Bowl appearances, losing both. These were in (in 1980 to the Oakland Raiders and 2004 to the New England Patriots).

The club was established in 1933 as a replacement for the bankrupt Frankford Yellow Jackets, when a group led by Bert Bell secured the rights to an NFL franchise in Philadelphia. Throughout the team's history, Bell, Chuck Bednarik, Bob Brown, Reggie White, Steve Van Buren, Tommy McDonald, Greasy Neale, Pete Pihos, Sonny Jurgensen, and Norm Van Brocklin have been inducted to the Pro Football Hall of Fame.

The team has an intense rivalry with the New York Giants. This rivalry is the oldest in the NFC East and is among the oldest in the NFL. It was ranked by NFL Network as the #1 rivalry of all-time and Sports Illustrated has it amongst the top ten NFL rivalries of all-time at #4, and according to ESPN, it is one of the fiercest and most well-known rivalries in the football community. They also have a historic rivalry with the Washington Redskins, as well as their bitter rivalry with the Dallas Cowboys, which has become more high-profile in the last three decades.

Eagles fans are among the most diehard and loyal in the NFL. They consistently rank in the top 3 in attendance and have sold out every game since the 1999 season. In a Sports Illustrated poll of 321 NFL players, Eagles fans were selected the most intimidating fans in the NFL.