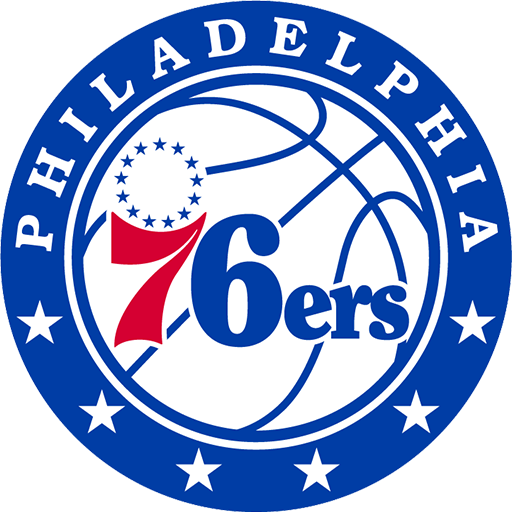 The Philadelphia 76ers (commonly known as the Sixers) are an American professional basketball franchise based in Philadelphia, Pennsylvania. They play in the Atlantic Division of the Eastern Conference of the National Basketball Association (NBA). Founded in 1946 and originally known as the Syracuse Nationals, they are one of the oldest franchises in the NBA, and one of only eight (out of 23) to survive the league's first decade.

The 76ers have had a rich history, with many of the greatest players in NBA history having played for the organization, including Wilt Chamberlain, Julius Erving, Moses Malone, Charles Barkley, and Allen Iverson. They have won three NBA championships, with their first coming as the Syracuse Nationals in 1955. The second title came in the 1966–67 season, a team which was led by Chamberlain. The third title came in the 1982–83 season, won by a team led by Erving and Malone. They have only been back to the Finals once since then, during the 2001 campaign, led by Iverson, only to fall to the Los Angeles Lakers, 4–1. They won game 1 in overtime, but lost the next 4. The Sixers set a franchise record and tied an NBA record for futility during the 2013–14 season, losing 26 consecutive games.