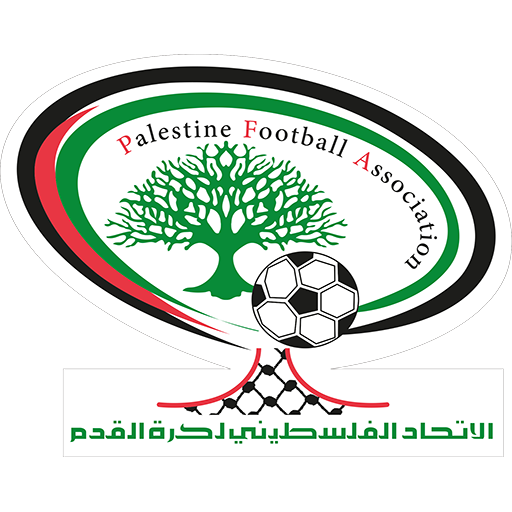 The Palestine national football team (Arabic: منتخب فلسطين لكرة القدم‎), controlled by the Palestinian Football Association, represents Palestine in association football. The squad is governed by the Asian Football Confederation (AFC) continentally, and FIFA worldwide. While Palestine is yet to qualify for the World Cup, they have participated twice in the Asian Cup: in 2015, after winning the 2014 AFC Challenge Cup, and 2019, their first time through regular qualification. They failed to get past the group stages on both occasions. Palestine's main venue is the Faisal Al-Husseini International Stadium in Al-Ram, however they have been forced to play in neutral stadiums for home matches in numerous occasions due to political issues.

A football federation in Mandatory Palestine was founded in 1928, although this was primarily the team of the Jewish residents. While a team for the Arab residents of Palestine played its first match in 1953, the national team was recognized by FIFA in 1998, after the creation of the Palestinian National Authority. The same year, Palestine played their first FIFA-recognized match in a 3–1 defeat to Lebanon in a friendly. The team has won the 2014 AFC Challenge Cup, thanks to a 1–0 win over the Philippines in the final. Their win in the competition qualified them to the 2015 AFC Asian Cup, marking their first appearance in the competition. Palestine also qualified to the following edition of the Asian Cup, their first through regular qualification.

The Palestinian team is known by various nicknames: "Lions of Canaan" (Arabic: أسود كنعان‎), "the Fedayeen" (Arabic: الفدائيون‎) and "the Knights" (Arabic: الفرسان‎). Their main colours are red and white. The team reached an all-time high position of 73rd in the FIFA ranking in February 2018 after going on a 12-match unbeaten streak, from 29 March 2016 to 22 March 2018.