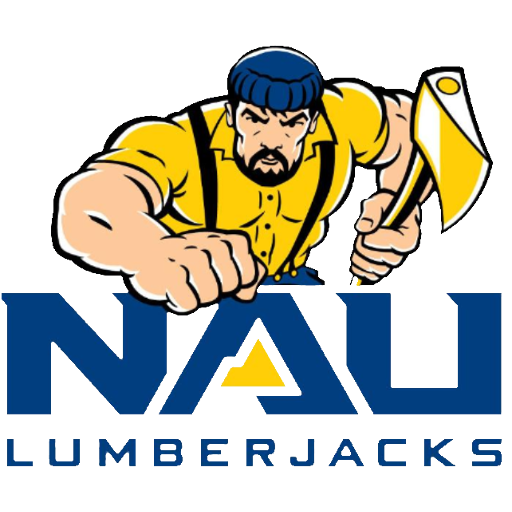 The Northern Arizona Lumberjacks men's basketball team represents Northern Arizona University, located in Flagstaff, Arizona, in NCAA Division I men's competition. The school's team has competed in the Big Sky Conference since 1970. The team's most recent appearance in the NCAA Division I Men's Basketball Tournament was in 2000. The Lumberjacks are currently led by interim head coach Shane Burcar who replaced Jack Murphy in June 2019 after his departure for Arizona. Murphy took over as head coach in April 2012 after a disastrous season in which previous head coach Mike Adras resigned in December and the team lost its final 16 games. All NAU Lumberjack basketball games are broadcast on KAFF Country Legends 93.5/AM 930 in Flagstaff, Fun Oldies 1450 AM/100.9 in Prescott and Money Radio 1510AM in Phoenix, with commentary provided by the "Voice of the Lumberjacks" Mitch Strohman, Coach Dave Brown with the play-by-play and Dave Zorn, host of the NAU Halftime Report. All games can be also heard online at KAFFLegends.com