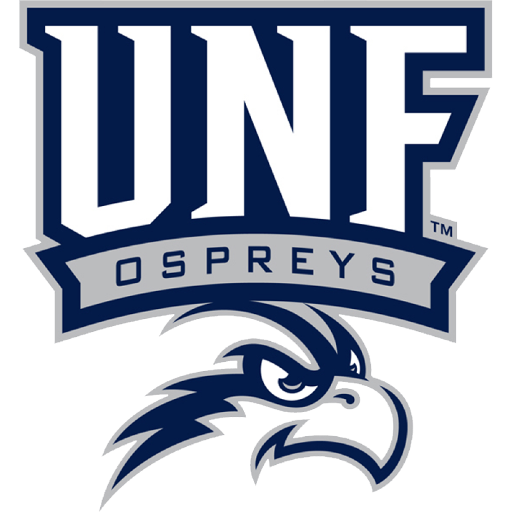 The North Florida Ospreys represent the University of North Florida (UNF) in men's college basketball. The Ospreys compete in the Atlantic Sun Conference (A-Sun) in Division I of the National Collegiate Athletic Association (NCAA). They play home games at UNF Arena on the school's campus in Jacksonville.

The program was founded in 1992 in the NAIA. They entered NCAA Division II the following season. The Ospreys transitioned into NCAA Division I from 2005 to 2009. Their current head coach is Matthew Driscoll.

The North Florida Ospreys men's basketball team played its first games in the 1992–1993 season, spending their first year as a National Association of Intercollegiate Athletics (NAIA) Independent. UNF initially had no basketball court, so the Ospreys' first three home games were played at Florida Community College at Jacksonville until UNF Arena was finished in 1993. Their first coach was Rich Zvosec.