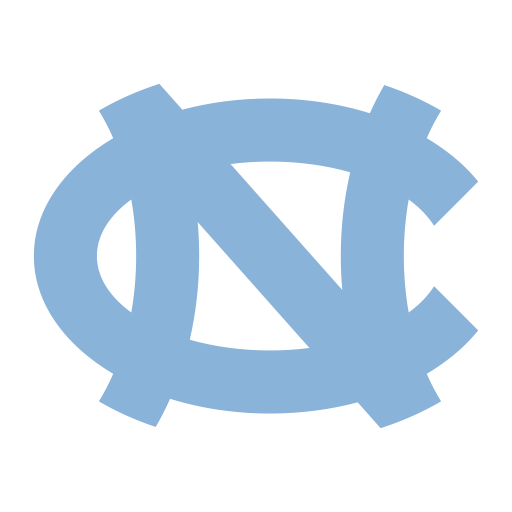 The North Carolina Tar Heels football team represents the University of North Carolina at Chapel Hill in the sport of American football. The Tar Heels play in the Football Bowl Subdivision (FBS) of the National Collegiate Athletic Association (NCAA) and the Coastal Division of the Atlantic Coast Conference (ACC).

North Carolina has played in 35 bowl games in its history and won three Southern Conference championships and five Atlantic Coast Conference titles. Thirty Tar Heel players have been honored as first-team All-Americas on 38 occasions. Carolina had 32 All-Southern Conference selections when it played in that league until 1952 and since joining the ACC in 1953, has had 174 first-team All-ACC choices. Since joining the Atlantic Coast Conference in 1953, the team has won five conference championships, with the most recent title coming in 1980.

One very important contribution to the game of football by Carolina is the modern use of the forward pass; they were the first college team to use the play in 1895. Bob Quincy notes in his 1973 book They Made the Bell Tower Chime: "John Heisman, a noted historian, wrote 30 years later that, indeed, the Tar Heels had given birth to the forward pass against the Bulldogs (UGA). It was conceived to break a scoreless deadlock and give UNC a 6–0 win. The Tar Heels were in a punting situation and a Georgia rush seemed destined to block the ball. The punter, with an impromptu dash to his right, tossed the ball and it was caught by George Stephens, who ran 70 yards for a touchdown."

The program has long been overshadowed by the school's powerhouse men's basketball team. While not a consistent football powerhouse, the Carolina football program has had intermittent success and has featured a number of great players, many of whom have gone on to prominence in the National Football League, including Lawrence Taylor, Charlie Justice, Chris Hanburger, Ken Willard, Don McCauley, William Fuller, Harris Barton, Jeff Saturday, Alge Crumpler, Willie Parker, Greg Ellis, Dré Bly, Julius Peppers, Hakeem Nicks, and Mitch Trubisky.