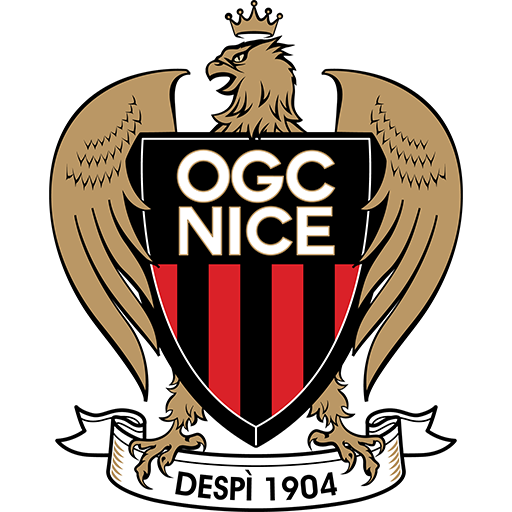 Olympique Gymnaste Club Nice Côte d'Azur (commonly referred to as OGC Nice or simply Nice) is a French association football club based in Nice. The club was founded in 1904 and currently plays in Ligue 1, the top-tier of French football. Nice plays its home matches at the Allianz Riviera. Nice is managed by Claude Puel and captained by midfielder Didier Digard.

Nice was founded under the name Gymnaste Club de Nice and is one of the founding members of the first division of French football. Along with Marseille, Montpelllier and Rennes, Nice is the only club to have played in the inaugural 1932–33 season and still be playing in the first division as of today. The club has won Ligue 1 four times and the Coupe de France three times. Nice achieved most of its honours in the 1950s with the club being managed by coaches such as Numa Andoire, Englishman William Berry, and Jean Luciano. The club's last honour was winning the Coupe de France in 1997 after beating Guingamp 4–3 on penalties in the final. Nice's colours are red and black.

During the club's successful run in the 1950s, Nice were among the first French clubs to successfully integrate internationals players into the fold. Notable players include Hector De Bourgoing, Pancho González, Victor Nurenberg, and Joaquin Valle. Valle is the club's all-time leading goalscorer and, arguably, the club's greatest player.