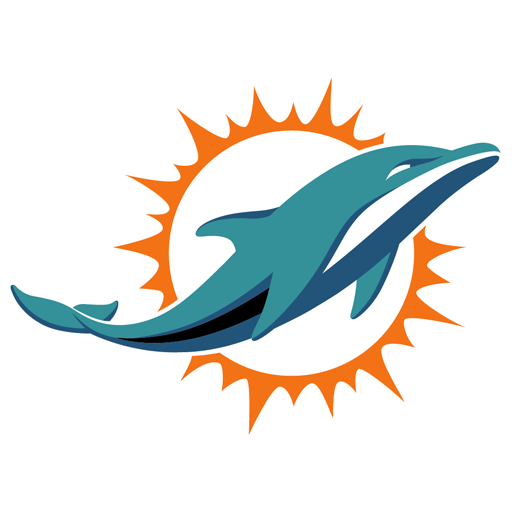 The Miami Dolphins are a professional American football team based in the Miami metropolitan area. The Dolphins are a member of the American Football Conference (AFC) East division in the National Football League (NFL). The Dolphins play their home games at Sun Life Stadium in the northern suburb of Miami Gardens, and have their headquarters in Davie, Florida. The Dolphins and the Atlanta Falcons (who also began play in 1966) are the oldest NFL franchises in the Deep South, and Miami is the oldest AFC team in that region.

The Dolphins team was founded by attorney/politician Joe Robbie and actor/comedian Danny Thomas. They began play in the American Football League in 1966. The region had not had a professional football team since the days of the Miami Seahawks, who played in the All-America Football Conference in 1946 before becoming the first incarnation of the Baltimore Colts. For the first few years the Dolphins full-time training camp and practice facilities were at Saint Andrew's School, a private boys boarding prep school in Boca Raton. In 1970 the Dolphins joined the NFL when the AFL–NFL merger occurred.

The team made its first Super Bowl appearance in Super Bowl VI, but lost to the Dallas Cowboys 24–3. In 1972, the Dolphins completed the NFL's only perfect season culminating in a Super Bowl win, winning all 14 of its regular-season games, both of its NFL playoff games, and also Super Bowl VII. The Dolphins thus became the first NFL team to accomplish a perfect regular season. The Dolphins also won Super Bowl VIII, becoming the first team to appear in three consecutive Super Bowls, and the second team (the first AFL/AFC team) to win back-to-back championships. Miami also appeared in Super Bowl XVII and Super Bowl XIX, losing both games.

For most of their early history, the Dolphins were coached by Don Shula, the most successful head coach in professional football history in terms of total games won. His Dolphins teams posted losing records in only two of his 26 seasons as the head coach. During the period spanning 1983 to the end of 1999, quarterback Dan Marino became one of the most prolific passers in NFL history, breaking numerous league passing records. He led the Dolphins to five division titles, 10 playoff appearances, and Super Bowl XIX before retiring following the 1999 season.