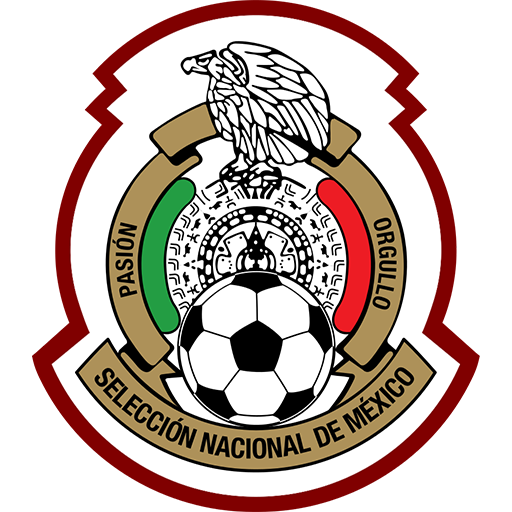 The Mexico national football team (Spanish: Selección de fútbol de México) represents Mexico in international football. It is fielded by the Mexican Football Federation (Spanish: Federación Mexicana de Fútbol), the governing body of football in Mexico, and competes as a member of CONCACAF, which encompasses the countries of North and Central America, and the Caribbean. Mexico's home stadium is the Estadio Azteca in Mexico City, and the head coach is Juan Carlos Osorio.

Mexico has qualified to fifteen World Cups and has qualified consecutively since 1994, making it one of six countries to do so. The Mexico national team, along with Brazil and Germany, are the only nations to make it out of the group stage over the last six World Cups. Mexico played France in the very first match of the first World Cup on 13 July 1930. Mexico's best progression in World Cups has been reaching the quarter-finals in both the 1970 and 1986 World Cups, both of which were staged on Mexican soil.

Mexico is historically the most successful national team in the CONCACAF region, having won ten confederation titles, including seven CONCACAF Gold Cups and three CONCACAF Championships (the precursor to the Gold Cup), as well as three NAFC Championships, one North American Nations Cup, and one CONCACAF Cup. Mexico is the only team from CONCACAF to have won an official FIFA competition, winning the 1999 FIFA Confederations Cup. Although Mexico is under the jurisdiction of CONCACAF, the national team has been regularly invited to compete in the Copa América since 1993, finishing runner-up twice – in 1993 and 2001 – and obtaining the third-place medal on three occasions.