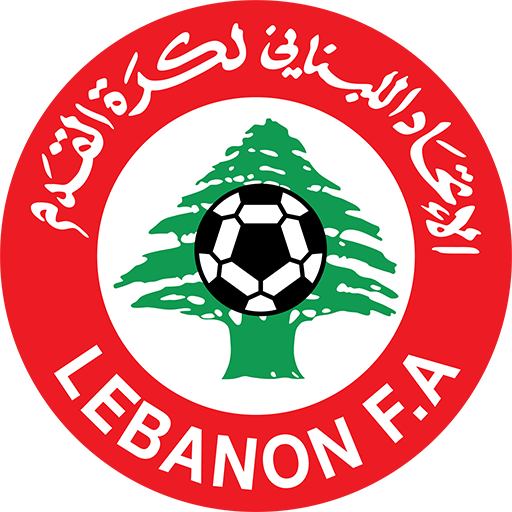 The Lebanon national football team, controlled by the Lebanese Football Association (LFA), have represented Lebanon in association football since their inception in 1933. The squad is governed by the Asian Football Confederation (AFC) continentally, and FIFA worldwide. While Lebanon have yet to qualify for the FIFA World Cup, they have participated twice in the Asian Cup: in 2000, when they hosted the event, and in 2019, the first time through regular qualification. Lebanon's main venue is the Camille Chamoun Sports City Stadium in Beirut; however they also play in other locations such as the Saida International Stadium in Sidon.

In 1934, Lebanon played their first match against the Romanian side CA Timișoara (T.A.C.), but it was not ratified by FIFA. Lebanon played their first FIFA-recognised game in 1940 against Mandatory Palestine. During their 2014 qualification campaign for the World Cup, Lebanon reached the final qualifying round for the first time thanks to a 2–1 victory against South Korea at home in 2011, but failed to qualify for the 2014 FIFA World Cup finishing bottom of their group. At the 2019 Asian Cup, Lebanon were close to qualifying to the knock-out stages for the first time. However, they lost a tiebreaker to Vietnam in the third-place ranking on the fair play rule and were knocked out of the competition at the group stage. Lebanon also competes in the WAFF Championship, the Arab Nations Cup and the Pan Arab Games. As hosts, they have finished third—once at the Arab Nations Cup and twice at the Pan Arab Games.

Inspired by their national symbol, the Lebanese team is known as "the Cedars" (Arabic: رجال الأرز‎) by fans and media. Their home kit is primarily red and their away kit white, a reference to their national flag. After a steady decline in their FIFA ranking from 1998 to 2016, Lebanon jumped 66 places (from 147th in 2016 to 81st in 2018) and reached their highest rank to date—77th—in September 2018. This came after a 15-game unbeaten streak, from 24 March 2016 to 11 October 2018, during which Lebanon won eight games and drew seven.