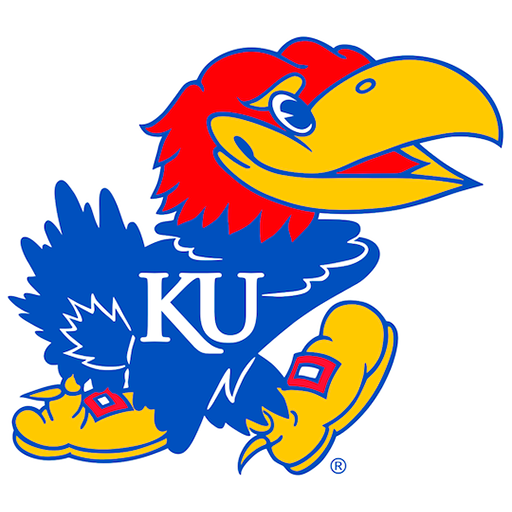 The Kansas Jayhawks football program is the intercollegiate football program of the University of Kansas. The program is classified in the National Collegiate Athletic Association (NCAA) Division I Bowl Subdivision (FBS), and the team competes in the Big 12 Conference. The head coach is Les Miles who became the coach following the 2018 season.

The program's first season was 1890, making it one of the oldest college football teams in the country. The team's home field is David Booth Kansas Memorial Stadium, which opened in 1921 and is the seventh-oldest college football stadium in the nation. Until 2014, Memorial Stadium was one of the few football stadiums in Division I that had a track encircling the field. The track was removed in 2014, as the University's newly built Rock Chalk Park sports complex gave way to new sports facilities for other athletic's team. In 2019, immediately adjacent to the west of the stadium, the University of Kansas Football Indoor Practice Facility was completed. The facility was built using only private donations from University of Kansas alumni, most notably David Booth. KU's all-time record was 585–640–58 as of the conclusion of the 2018 season. The program saw a re-emergence under head coach Mark Mangino who won 50 games in eight seasons. After Magino's departure the program quickly declined winning only 15 games in the eight seasons after he left the program.

While Kansas has yet to have a Heisman Trophy winner, they have had one Heisman finalist and 2 other players receive votes. John Hadl, Bobby Douglass, and David Jaynes all received votes, Jaynes being the only finalist. Other notable former Kansas players include Pro Football Hall of Famers Gale Sayers, John Riggins, and Mike McCormack, as well as All-Americans Nolan Cromwell, Dana Stubblefield, Aqib Talib, and Anthony Collins. Kansas has appeared in twelve bowl games, including three trips to the Orange Bowl (1948, 1969, and 2008). Kansas played in the first NCAA-contracted nationally televised regular season college football game on September 20, 1952, against TCU.