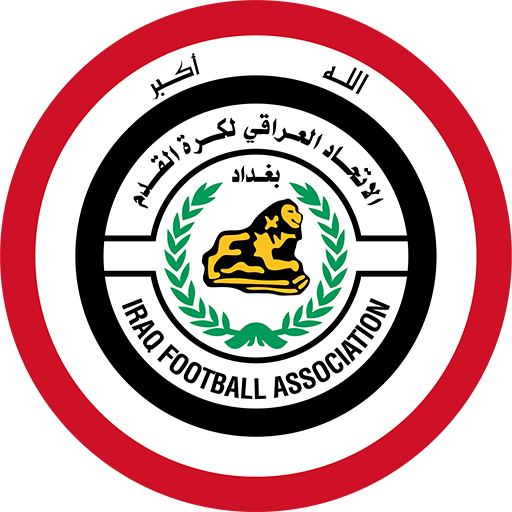 The Iraq national football team (Arabic: المنتخب العراقي لكرة القدم‎) represents Iraq in international football and is controlled by the Iraq Football Association (IFA), the governing body for football in Iraq. Most of Iraq's home matches are played at the Basra International Stadium.

Iraq has made one FIFA World Cup appearance, in 1986 in Mexico, but lost all three of their games to Paraguay, Belgium and Mexico. The 2007 AFC Asian Cup marked a high point in Iraq's football history when they were crowned champions against all the odds. Iraq defeated some of the favourites in the competition including Australia, South Korea and Saudi Arabia. Their triumph also qualified them for the 2009 FIFA Confederations Cup.

In the decade after the 2007 victory, Iraq finished fourth at the 2015 AFC Asian Cup. The team reached an all-time high of 39th in the FIFA World Rankings in October 2004.