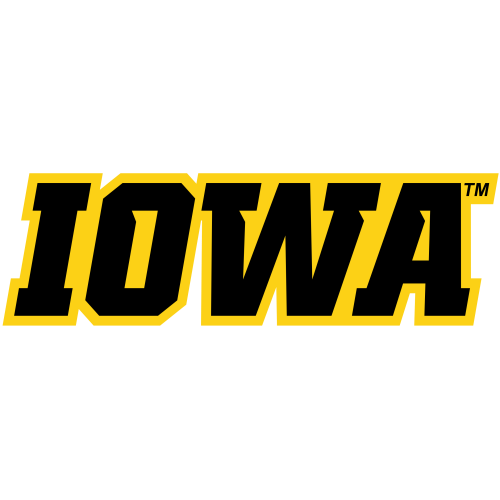 The Iowa Hawkeyes men's basketball team represents the University of Iowa in Iowa City, Iowa, as a member of the Big Ten Conference and the National Collegiate Athletic Association. Coach Fran McCaffery is the current head coach, and has been at Iowa since 2010.

The Hawkeyes have played in 26 NCAA Tournaments, eight NIT Tournaments, won eight Big Ten regular-season conference championships and won the Big Ten tournament twice. Iowa has played in the Final Four on three occasions, reaching the semifinals in 1955 and 1980 and playing in the championship game against the University of San Francisco in 1956.

Iowa basketball was widely successful in the 1970s, 1980s, and 1990s with a program resurgence under Lute Olson and the tenures of George Raveling and Tom Davis. Under Olson, the Hawkeyes won their last Big Ten regular season championship and went to the 1980 Final Four.

They currently play in 15,400-seat Carver-Hawkeye Arena, along with Iowa women's basketball, wrestling, and volleyball teams.

Prior to playing in Carver-Hawkeye Arena, which opened in 1983, the Hawkeyes played in the Iowa Armory and the Iowa Field House, which is still used today by the school's gymnastics teams. In 2006, the Hawkeyes accumulated a school-record 21 consecutive wins at home before losing to in-state rival Northern Iowa.