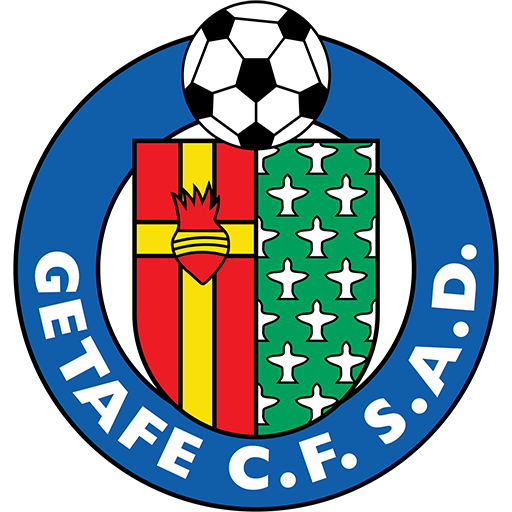 Getafe Club de Fútbol, or simply Getafe, is a Spanish professional football club that plays in La Liga. The club is based in Getafe, a city in the Madrid metropolitan area. Getafe was founded in 1946 and refounded in 1983.

Getafe participated in the top level of Spanish football for 12 years between 2004 and 2016. The club's home stadium is Coliseum Alfonso Pérez which was founded in 1998 and can hold 17,393 spectators.

The club's main rivalries are against Leganés, based in close proximity to the city of Getafe, and a friendly rivalry against Real Madrid and Atlético Madrid.

The club originally played in the Campo del Regimiento de Artillería, which lacked goal posts. Shortly after, the club moved to San Isidro, housed in the current Municipal Sports Center of San Isidro. Here, Club Getafe was promoted to the third division following their victory against Villarrobledo in the 1956–57 season. Getafe was nearly promoted to the Segunda División in 1957–58, but was defeated by CD Almería.

On 2 September 1970, the club inaugurated its own stadium after being promoted back to the Tercera División. Presided by chairman Francisco Vara, Las Margaritas won a 3–1 victory over Michelín. The team survived in the third level that season, and six years later gained their first promotion to the second division.