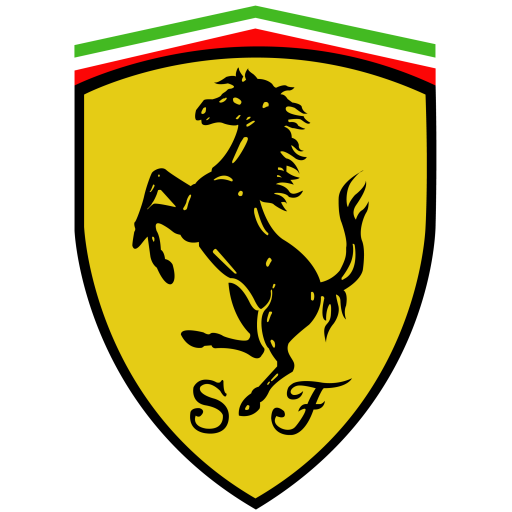 Ferrari S.p.A. is an Italian luxury sports car manufacturer based in Maranello. Founded by Enzo Ferrari in 1929, as Scuderia Ferrari, the company sponsored drivers and manufactured race cars before moving into production of street-legal vehicles as Ferrari S.p.A. in 1947. Fiat acquired 50% of Ferrari in 1969 and expanded its stake to 85% in 2008. In 2014 Fiat announced its intentions to sell its share in Ferrari, as of the announcement Fiat owned 90% of Ferrari. Throughout its history, the company has been noted for its continued participation in racing, especially in Formula One, where it has had great success. Ferrari road cars are generally seen as a symbol of speed, luxury and wealth.

Enzo Ferrari was not initially interested in the idea of producing road cars when he formed Scuderia Ferrari (literally "Ferrari Stable", and usually used to mean "Team Ferrari", it is correctly pronounced ) in 1928 as a sponsor for amateur drivers headquartered in Modena. Ferrari prepared, and successfully raced, various drivers in Alfa Romeo cars until 1938, when he was hired by Alfa Romeo to head their motor racing department.

In 1941, Alfa Romeo was confiscated by the fascist government of Benito Mussolini as part of the Axis Powers' war effort. Enzo Ferrari's division was small enough to be unaffected by this. Because he was prohibited by contract from racing for four years, the Scuderia briefly became Auto Avio Costruzioni Ferrari, which ostensibly produced machine tools and aircraft accessories. Also known as SEFAC (Scuderia Enzo Ferrari Auto Corse), Ferrari did in fact produce one race car, the Tipo 815, in the non-competition period. It was the first actual Ferrari car (it debuted at the 1940 Mille Miglia), but due to World War II it saw little competition. In 1943 the Ferrari factory moved to Maranello, where it has remained ever since. The factory was bombed by the Allies in 1944 and rebuilt in 1946, after the war ended, and included a works for road car production.