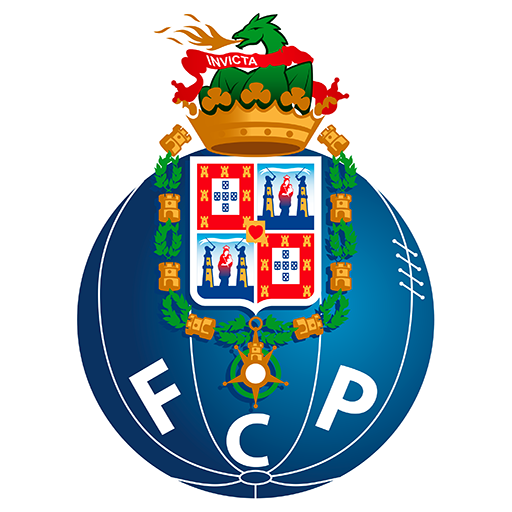 Futebol Clube do Porto, MHIH, OM, commonly known as FC Porto or simply Porto, is a Portuguese sports club based in Porto. It is best known for the professional football team playing in the Primeira Liga, the top flight of Portuguese football.

Founded on 28 September 1893, Porto is one of the "Big Three" (Portuguese: Os Três Grandes) teams in Portugal – together with Lisbon-based rivals Benfica and Sporting CP – that have appeared in every season of the Primeira Liga since its establishment in 1934. They are nicknamed Dragões (Dragons), for the mythical creature atop the club's crest, and Azuis e brancos (Blue-and-whites), for the shirt colours. The club supporters are called Portistas. Since 2003, Porto have played their home matches at the Estádio do Dragão, which replaced the previous 103-year-old ground, the Estádio das Antas.

Porto is the second most decorated team in Portugal, with 76 major trophies, of which 69 were achieved in domestic competitions. These comprise 28 Primeira Liga titles (five of which were won consecutively between 1994–95 and 1998–99, a Portuguese football record), 16 Taça de Portugal, 4 Campeonato de Portugal, and a record 21 Supertaça Cândido de Oliveira. Porto is the second team in Portuguese league history to have won two titles without any defeat, namely in the 2010–11 and 2012–13 seasons. In the former, Porto achieved the largest-ever difference of points between champion and runner-up in a three-points-per-win system (21 points), on their way to a second quadruple.

In international competitions, Porto is the most decorated Portuguese team, with seven trophies. They won the European Cup/UEFA Champions League in 1987 and 2004, the UEFA Cup/Europa League in 2003 and 2011, the UEFA Super Cup in 1987, and the Intercontinental Cup in 1987 and 2004. In addition, they were runners-up in the 1983–84 European Cup Winners' Cup and in the 2003, 2004 and 2011 editions of the UEFA Super Cup. Porto is the only Portuguese club to have won the UEFA Cup/Europa League, the UEFA Super Cup and the Intercontinental Cup, and to have achieved a continental treble of domestic league, domestic cup and European titles (2002–03 and 2010–11). Porto have the second-most appearances in the UEFA Champions League group stage (23), behind Barcelona and Real Madrid (24). At the end of the 2018–19 season, Porto ranked 10th in the UEFA club coefficient ranking.