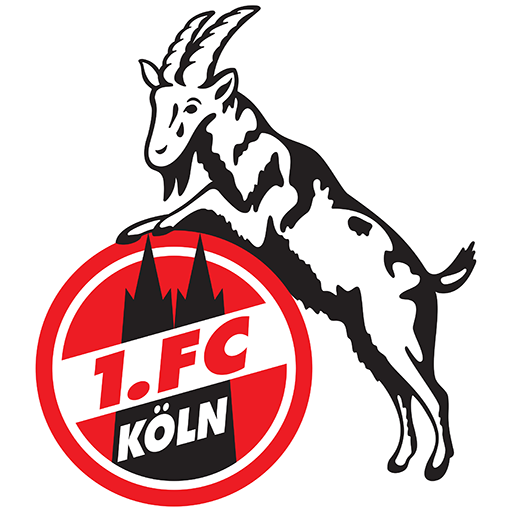 1. Fußball-Club Köln 01/07 e. V., commonly known as simply 1. FC Köln or FC Cologne in English, is a German association football club based in Cologne. It was formed in 1948 as a merger of the clubs Kölner Ballspiel-Club 1901 and SpVgg Sülz 07. Köln gained promotion back to the Bundesliga in the 2018–19 season after being relegated to 2. Bundesliga the previous season. The team won the first Bundesliga in 1963.

The club's nickname Die Geißböcke (The Billy Goats) refers to the club's mascot, a male goat named Hennes after the veteran FC player and (later) manager Hennes Weisweiler. The first Hennes was donated by a circus entrepreneur as a Cologne carnival joke. The current mascot is Hennes IX as of 1 August 2019 after Hennex VIII was retired by the club due to old age. Another nickname for the club, more common locally due to its ambiguity, is FC (often written as Effzeh), a common German abbreviation for football clubs. Characteristic for the dialect spoken around Cologne, this is pronounced "EF-tsay", in contrast to the Standard German pronunciation of the abbreviation where the second syllable is emphasized (). Köln play at home in white and red, both colours having been used as the main shirt colour throughout its history.

Like many of Germany's other professional football clubs, 1. FC Köln is part of a larger sports club with teams in other sports like handball, table tennis and gymnastics. 1. FC Köln has over 100,000 members, making it the fourth largest club in Germany.