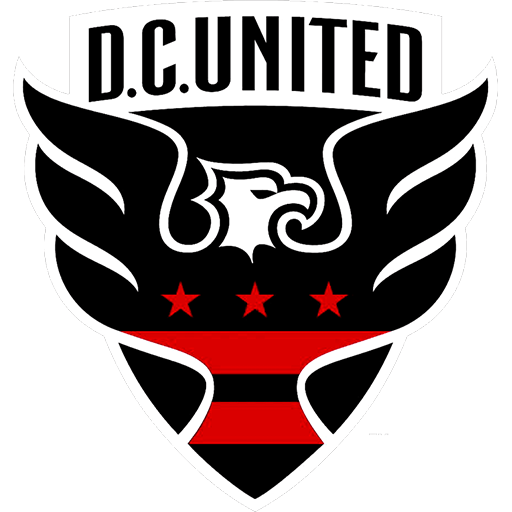 D.C. United is an American professional soccer club based in Washington, D.C., which competes in Major League Soccer (MLS). It is one of the ten charter clubs of MLS, having competed in the league since its inception, in 1996.

D.C. United has won 13 international and domestic titles or honors over the club's history. D.C. United was one of the most successful clubs in the early years of MLS, winning 8 of its 13 titles between 1996 and 1998 under head coach Bruce Arena. United holds the joint MLS record for most Supporters' Shields, and has had success in the MLS Cup, winning each honor four times along with three U.S. Open Cup championships. United was also the first club to win both the MLS Cup and MLS Supporters' Shield consecutively.

The team's home field is the 45,596-seat Robert F. Kennedy Memorial Stadium, owned by the District of Columbia and located on the Anacostia River. The team has proposed building a new 24,000-seat soccer-specific stadium at Buzzard Point just a few blocks from Nationals Park. The team is owned by the consortium D.C. United Holdings. The team's head coach is former long-time starting midfielder Ben Olsen, who has coached the team since 2010.

Players such as Jaime Moreno, Marco Etcheverry, and Eddie Pope are among the team's most successful stars. D.C. United's fan base includes four supporters' clubs. The club's official nickname is the "Black-and-Red" and home uniforms are black and white with accents of red. The team's name alludes to the "United" appellation commonly found in the names of soccer teams in the United Kingdom and elsewhere.