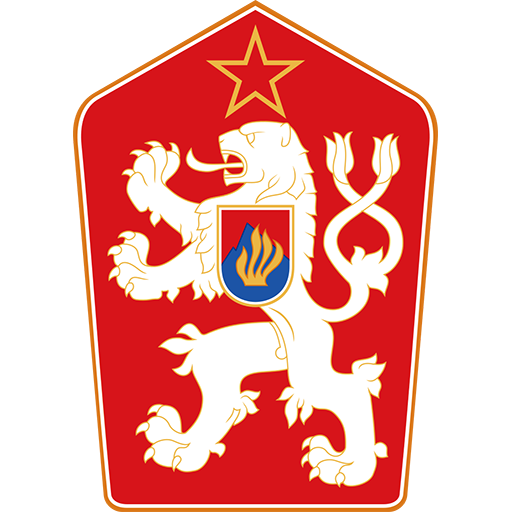 The Czechoslovakia national football team (Czech: Československá fotbalová reprezentace, Slovak: Československé národné futbalové mužstvo) was the national association football team of Czechoslovakia from 1920 to 1992. The team was controlled by the Czechoslovak Football Association, and the team qualified for eight World Cups and three European Championships. It had two runner-up finishes in World Cups, in 1934 and 1962, and won the European Championship in the 1976 tournament.

At the time of the dissolution of Czechoslovakia at the end of 1992, the team was participating in UEFA qualifying Group 4 for the 1994 World Cup; it completed this campaign under the name Representation of Czechs and Slovaks (RCS, Czech: Zastoupení Čechů a Slováků, Slovak: Zastúpenie Čechov a Slovákov) before it was disbanded. The present-day Czech Republic national football team is recognized as the successor of the Czechoslovakia team. The country of Slovakia is represented by the Slovak national team.