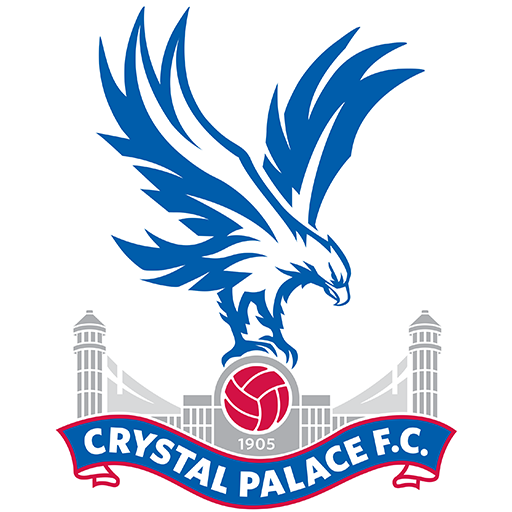 The Eagles, The Glaziers

Crystal Palace Football Club is an English professional football club based in South Norwood, London. They currently play in the highest level in English football, the Premier League. Since 1964, the club have mostly played in the top two leagues of English football. The club was founded in 1905 at the site of the famous Crystal Palace Exhibition building by the owners of the FA Cup Final stadium, who wanted their own team to play at the historic venue. Palace applied to be elected to The Football League, but this was rejected and they instead joined the Southern Football League Second Division, playing home games at The Crystal Palace, inspiration for the club's initial nickname, "The Glaziers". Palace won the Division and promotion in their first season, and played in the Southern League First Division for the next fifteen years.

In 1920 the Southern League Division One formed the Football League Third Division. Palace won the division and gained promotion to the Second Division, where they spent four seasons before suffering relegation to the Third Division South. In 1958 a league re-organisation saw Palace become founder members of Division Four. Over the next eleven years the club moved from the lowest rung of English Football to the highest, reaching the First Division in 1969, and staying in the top division for four seasons before suffering successive relegations. In 1973 the club modernised its image, changing the nickname from The Glaziers to "The Eagles" and ending the 68-year association with claret and blue by introducing the red-and-blue vertical stripes now associated with the club. The club stabilised itself in the top two divisions with promotions in 1977 and 1979, the latter saw the club crowned as Division Two Champions. The period between 1989–91 was a successful time for the club. They reached an FA Cup Final in 1990, won the Full Members Cup in 1991, and achieved third place in the top division in the 1990–1991 season. Palace became founder members of the Premier League in 1992, but were relegated the same season, despite achieving 49 points which is still a Premier League record for a relegated club. The club then achieved promotion back to the Premier League three times in 1994, 1997 and 2004, but each time suffered relegation at the end of the following season. Palace entered administration in both 2000 and 2010, and are now owned by a consortium of four. The club were promoted back to the Premier League with a 1–0 win over Watford in the Football League play-offs in May 2013.

Crystal Palace initially played their games in the grounds of The Crystal Palace, but the First World War saw them forced to move out, and they enjoyed a number of seasons at both the Herne Hill Velodrome and The Nest. Since 1924, Palace have played their home games at Selhurst Park. Their home colours are red and blue vertical stripes, though prior to 1973 they wore claret and pale blue after the fashion of Aston Villa. They have a fierce rivalry with M23 neighbours Brighton & Hove Albion, with whom they have contested the M23 derby 98 times and also enjoy a strong rivalry with fellow South London team Millwall. The club's kit is currently made by Macron, and the shirt sponsor is Neteller. The club captain is Mile Jedinak and the current player of the year is Julian Speroni. Edmund Goodman is the club's longest serving manager, and Jim Cannon has made the most appearances for the club. Peter Simpson is the club's top scorer for both one season and overall, netting 54 and 165 respectively. The highest transfer fee received has been for Wilfried Zaha from Manchester United in January 2013.