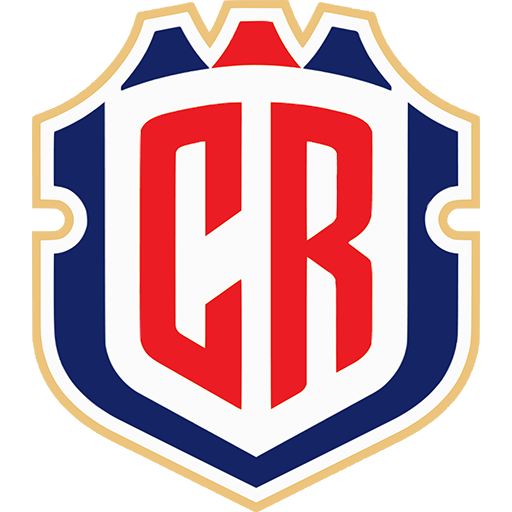 The Costa Rica national football team (Spanish: Selección de fútbol de Costa Rica) represents Costa Rica in men's international football. The national team is administered by the Costa Rican Football Federation (FEDEFUTBOL), the governing body for football in Costa Rica. It has been a member of the Fédération Internationale de Football Association (FIFA) since 1927, the Confederation of North, Central American and Caribbean Association Football (CONCACAF) since 1961, and a member of the Central American Football Union (UNCAF) since 1990.

Since the late 1980s, the team has continuously been visible as a solidly competitive side, with a prominent performance in the 1990 FIFA World Cup in Italy, making it to the knockout stage in their debut after finishing second in their group during the first phase, below Brazil. They also managed to qualify for the 2002 and 2006 FIFA World Cups.

In 2014, Costa Rica achieved their best performance in history by finishing first in their group that consisted of three former World Cup champions: Uruguay, Italy, and England. During the round 16 they defeated Greece 5–3 via a penalty shootout after a 1–1 draw. Moreover, during their match against the Greek team, Keylor Navas saved more than 15 shots. They reached the quarter-finals for the very first time but were defeated by the Netherlands, also in a penalty shootout (3–4) after a scoreless draw on 5 July. Their 2018 World Cup campaign ended in a fourth place group stage exit, with their only point coming from a 2–2 draw against Switzerland.