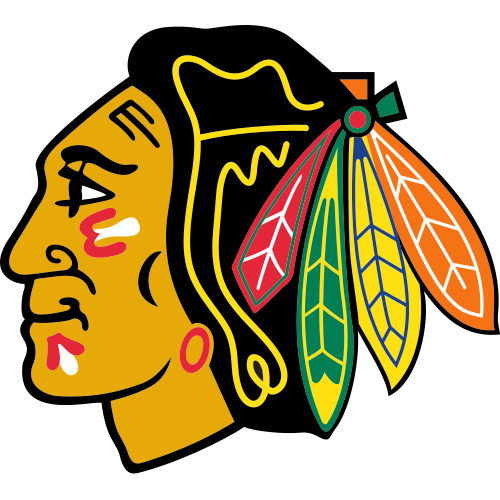 The Chicago Blackhawks (spelled as Black Hawks before 1986, and known colloquially as the Hawks) are a professional ice hockey team based in Chicago, Illinois. They are members of the Central Division of the Western Conference of the National Hockey League (NHL). They have won five Stanley Cup championships since their founding in 1926. The Blackhawks are one of the "Original Six" NHL teams along with the Detroit Red Wings, Montreal Canadiens, Toronto Maple Leafs, Boston Bruins and New York Rangers. Since 1994, the club's home rink is the United Center. The club had previously played for 65 years at Chicago Stadium.

The club's original owner was Frederic McLaughlin, who owned the club until his death in 1944. Under McLaughlin, a "hands-on" owner who fired many coaches during his ownership, the club won two Stanley Cup titles. The club was then owned by the Norris family, which as owners of the Chicago Stadium was the club's landlord, and owned stakes in several of the NHL teams. At first, the Norris ownership was as part of a syndicate fronted by long-time executive Bill Tobin, and the team languished in favor of the Norris-owned Detroit Red Wings. After the senior James E. Norris died in 1952, the Norris assets were spread among family members and James D. Norris became owner. Norris Jr. took an active interest in the team and under his ownership, the club won one Stanley Cup title in 1961. After James D. Norris died in 1966, the Wirtz family became owners of the franchise. Although the club regularly qualified for the playoffs, the club held the league's longest championship drought from 1961 until 2010, when the club won their fourth title. In 2007, the club came under the control of Rocky Wirtz, who is credited with turning around the organization, which had lost fan interest and was uncompetitive.