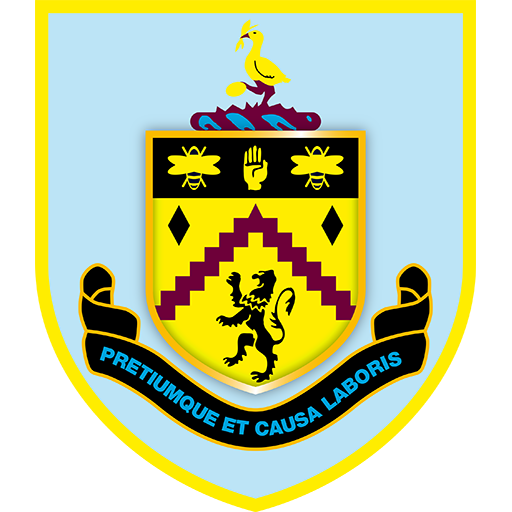 Burnley Football Club /ˈbɜrnli/ are a professional football club based in Burnley, Lancashire, who play in the Premier League, the highest level of English football. Nicknamed The Clarets, due to the dominant colour of their home shirts, they were one of the founder members of the Football League in 1888. The club colours of claret and blue were adopted in 1910 in tribute to the dominant club of English football at the time, Aston Villa. It was thought the colours might lift and inspire Burnley to emulate the aforementioned side. Their home ground since 1883 has been Turf Moor.

Burnley have been Football League Champions twice, in 1920–21 and 1959–60, and have won the FA Cup once, in 1914. The Clarets also reached the 1961 quarter-finals of the European Cup. They are one of only three teams to have won all top four professional divisions of English football, along with Wolverhampton Wanderers and Preston North End.

The club spent most of their early history in England's top two divisions, but remained outside the top flight from 1976 to 2009. From 1985 to 1992 they had a seven-year spell in the lowest tier of the Football League. In 1987 they narrowly avoided relegation to the Conference. Between 2000 and 2009 they played in the second tier of English football, until they gained promotion to the Premier League for the first time in 33 years after winning the 2009 Championship play-off final, but were relegated after a single season. The club currently play in the Premier League again in 2014–15 after being promoted from the Football League Championship at the end of the 2013–14 season as runners-up to Leicester City.