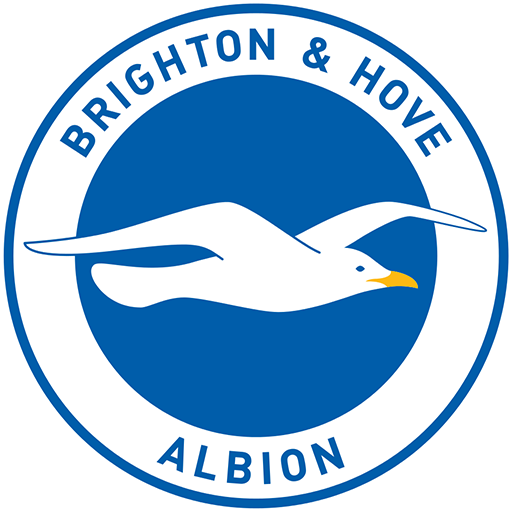 Brighton and Hove Albion Football Club is an English football club based in the coastal city of Brighton & Hove, East Sussex. It is often referred to just as Brighton. They currently play in the Football League Championship, the second tier of the English football league system.

The team is nicknamed the "Seagulls" or "Albion". The team has historically played in blue and white stripes, though this changed to all white briefly in the 1970s and again to plain blue during the club's most successful spell in the 1980s. Crystal Palace is considered the club's main rival, although the grounds are 40 miles apart.

Founded in 1901, Brighton played their early professional football in the Southern League before being elected to the Football League in 1920. The club enjoyed greatest prominence between 1979 and 1983 when they played in the First Division and reached the 1983 FA Cup Final, losing to Manchester United after a replay. They were relegated from the top division in the same season. Mismanagement brought Brighton close to relegation from the Football League to the Conference which they narrowly avoided in 1997 and 1998. A boardroom takeover saved Brighton from liquidation, and following successive promotions they returned to the second tier of English football in 2002 and have played in the second and third tiers ever since.