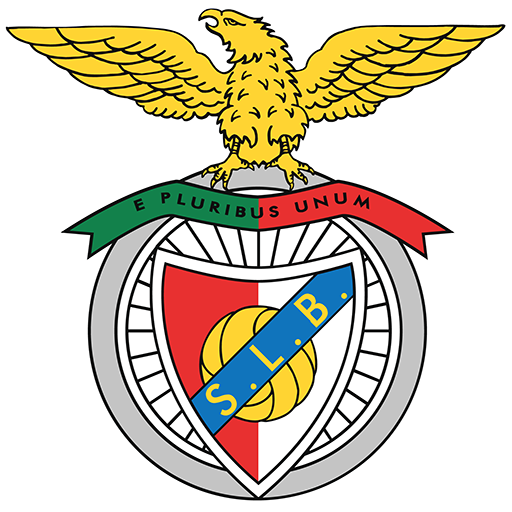 Sport Lisboa e Benfica, commonly known as Benfica, or simply as SLB, is a Portuguese sports club based in Lisbon. The club is best known for its professional football team that plays in the Primeira Liga, where they are the current champions. Founded on 28 February 1904, Benfica is one of the Big Three (Portuguese: Três Grandes) clubs in Portugal, along with its long-standing rivals Sporting CP and Porto, who have never been relegated from the Portuguese league since its establishment in 1934. Benfica is the most supported Portuguese club and it is the European club with the biggest percentage of supporters in its own country (47%).With 235,000 members, Benfica is the second-biggest club in the world, after Bayern Munich.It is the twenty-sixth richest football club in terms of revenue, with an annual turnover of €109.2 million,and is evaluated as the thirty-eighth most valuable football brand in the world. The club's motto is "E pluribus unum" (Out of many, one) and its official anthem is "Ser Benfiquista". The club colours are red and white, and the team is nicknamed Águias (Eagles) or Encarnados (Reds), while their supporters are called Benfiquistas. Since 2003, Benfica have played their home games at the new Estádio da Luz, which replaced the previous 49-year-old ground.

Benfica is the most successful Portuguese club in terms of domestic titles (71), having won a total of 73 titles, being the only club to have won all Portuguese competitions. Benfica have won a record of 33 Primeira Liga titles, a record of 25 Taça de Portugal (and 4 consecutively)—achieving a record of 10 doubles—a record of 5 Taça da Liga (and 4 consecutively), 5 Supertaça Cândido de Oliveira and 3 Campeonato de Portugal (a record 2 consecutive). In 2014, Benfica achieved an unprecedented treble of Primeira Liga, Taça de Portugal and Taça da Liga. It also won the Supertaça, becoming the only club to have won all four domestic titles in a year. It is also the only club to have won the Primeira Liga and Taça da Liga, twice. Benfica became the first team in Portuguese league history to complete two 30-game seasons without defeats, namely the 1972–73 and 1977–78 seasons. In the former, Benfica achieved the largest difference of points ever between champions and runners-up (18 points) in a two-points-per-win system. Benfica also holds the European record for the most consecutive wins in domestic league (29), between 1971–72 and 1972–73, as well the record for the longest unbeaten run in Portuguese league (56), between 1976–77 and 1978–79.

Internationally, Benfica won the European Cup/UEFA Champions League in 1961 and 1962, a Portuguese feat. In addition, they were runners-up at the Intercontinental Cup in 1961 and 1962, at the European Cup in 1963, 1965, 1968, 1988 and 1990 (the Portuguese club with the most European Cup finals played and the only with three consecutive finals), and at the UEFA Cup/Europa League in 1983, 2013 and 2014 (the Portuguese club with the most UEFA Cup/Europa League finals played and the only with two consecutive finals). Benfica have reached 10 European finals, which ranks seventh all-time among UEFA clubs and is also a Portuguese record. In 2000, it was ranked twelfth in FIFA Club of the Century award. In 2009, it was ranked ninth in "Europe's Club of the Century" by IFFHS. In January 2014, it was ranked tenth in World Club Ranking by IFFHS. Benfica is ranked 5th in UEFA club rankings, currently the best position of a Portuguese club.