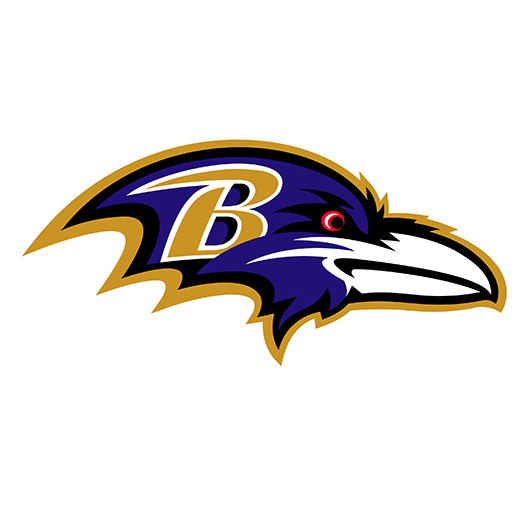 The Baltimore Ravens are a professional American football team based in Baltimore, Maryland, playing in the North Division of the American Football Conference (AFC) in the National Football League (NFL). The team has played its home games at M&T Bank Stadium in downtown Baltimore since 1998, and is headquartered at the Under Armour Performance Center in Owings Mills.

The Ravens were established in 1996, when then-owner of the Cleveland Browns, Art Modell, announced plans to relocate the franchise to Baltimore. As part of a settlement between the league and the city of Cleveland, Modell was required to leave the Browns' name, colors and heritage in Cleveland for a replacement team that took the field in 1999. In return, he was allowed to take his players to Baltimore, where his new team would be legally recognized as an expansion team. The team's name was inspired by Edgar Allan Poe's poem The Raven—as Poe lived for a time in Baltimore, died and was buried there in 1849—and by the name of Major League Baseball's Baltimore Orioles.

The Ravens have experienced great success in their brief history, making the playoffs ten times since 2000, with two Super Bowl victories (Super Bowl XXXV and Super Bowl XLVII), two AFC Championship titles (2000 and 2012), four AFC North division titles (2003, 2006, 2011 and 2012), and are currently the only team in the NFL to hold a perfect record in multiple Super Bowl appearances. The Ravens organization has been led by general manager Ozzie Newsome since 2002, and has had three head coaches: Ted Marchibroda, Brian Billick, and John Harbaugh. With a record-breaking defensive unit in their 2000 season, the team established a reputation for relying on strong defensive play, led by players like middle linebacker Ray Lewis, who, until his retirement, was considered the "face of the franchise." The team is owned by Steve Bisciotti and valued at $1.157 billion, making the Ravens the 19th-most valuable sports franchise in the world.