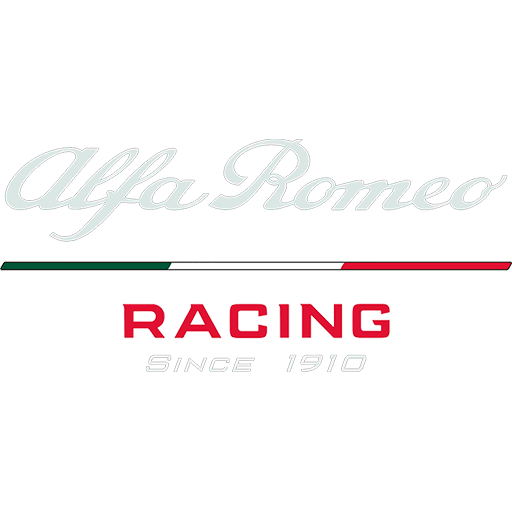 Italian motor manufacturer Alfa Romeo has participated many times in Formula One. It currently participates as Alfa Romeo Racing while being operated by Sauber Motorsport AG. The brand has competed in motor racing as both a constructor and engine supplier sporadically between 1950 and 1987, and later as a commercial partner since 2015. The company's works drivers won the first two World Drivers' Championships in the pre-war Alfetta: Nino Farina in 1950; and Juan Manuel Fangio in 1951. Following these successes Alfa Romeo withdrew from Formula One.

During the 1960s, although the company had no official presence in the top tier of motorsport a number of Formula One teams used independently developed Alfa Romeo engines to power their cars. In the early 1970s, Alfa provided Formula One support for their works driver Andrea de Adamich, supplying adapted versions of their 3-litre V8 engine from the Alfa Romeo Tipo 33/3 sports car to power Adamich's McLaren (1970) and March (1971) entries. None of these engine combinations scored championship points.

In the mid-1970s, Alfa engineer Carlo Chiti designed a flat-12 engine to replace the T33 V8, which achieved some success in taking the 1975 World Sportscar Championship. Bernie Ecclestone, then owner of the Brabham Formula One team, persuaded Alfa Romeo to supply this engine free for the 1976 Formula One season. Although the Brabham-Alfa Romeo's first season was relatively modest, during the 1977 and 1978 World Championships their cars took 14 podium finishes, including two race victories for Niki Lauda.

The company's sporting department, Autodelta, returned as the works team in 1979. This second period as a constructor was less successful than the first. Between the company's return and its withdrawal as a constructor at the end of 1985, Alfa works drivers did not win a race and the team never finished higher than sixth in the World Constructors' Championship. The team's engines were also supplied to Osella from 1983 to 1987, but they scored only two World Championship points during this period.

The Alfa Romeo logo returned to Formula One in 2015, appearing on the Scuderia Ferrari cars. In late 2017, Alfa Romeo announced that they were to become title sponsors for Sauber from 2018, and had entered into a technical and commercial partnership with the team. Alfa Romeo returned to the sport as their own team when Sauber was renamed at the beginning of 2019.