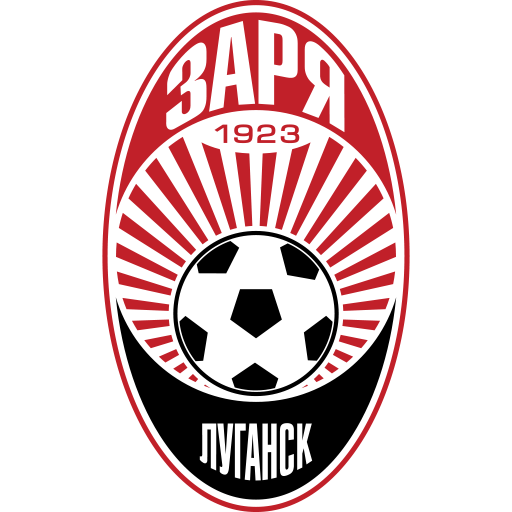 FC Zorya Luhansk (Ukrainian: ФК «Зоря» Луганськ ), formerly known as Zaria Voroshilovgrad and Zorya-MALS, is a Ukrainian football team. Zorya Luhansk is based in the city of Luhansk (formerly known as Voroshilovgrad), Luhansk Oblast, Ukraine. However, because of the war in Eastern Ukraine, the team play their games at Slavutych-Arena in Zaporizhia.

The modern club was created on 10 April 1964 on decision of the Football Federation of the Soviet Union merging the October Revolution factory (Luhanskteplovoz) sports club Zorya and the Luhansk regional branch of "Trudovye Rezervy" sports society. In 1972 as Zaria Voroshilovgrad the club became the first Soviet club from province that won the Soviet Top League title. Today, the modern club considers the factory team as its predecessor that was established back in 1923. The name Zorya means "dawn" in Ukrainian.ory of the club takes place at the dawn of the 20th century right after in the city of Luhansk was built the first stadium. The stadium was built in 1922 under the personal order of Vladimir Lenin and later was named after him. The first games that involved participation of the Luhansk's teams first mentioned in 1911 and in 1913 in Kostyantynivka was created the regional football league of Donets basin (Russian abbreviation – Donbass). During the World War I and the following Soviet and German aggressions the league was suspended until 1920 when the situation in the region had stabilized.

The first Luhansk team was created in the Russian Empire in 1908 when the workers of the Russischen Maschinenbaugesellschaft Hartmann created the "Society of wise recreations". The football section was headed by the Czech specialist Henrich Drževikovski from Prague who was an instructor of gymnastics of the factory's ministerial school. That team played its games and conducted its training on the empty lot near the factory where today is located the sport hall "Zorya".

In 1923 the workers of the Luhansk steam train factory of the October Revolution (hence – the club's logo with a locomotive) organized their football team "Metalist" which became the forerunner of today's Zorya. The following year there was organized a championship of the newly created Luhansk okrug. In the final game the collective city team of Luhansk was victorious against its rival from the city of Snizhne winning it in overtime 1:0. In 1926 the All-Ukrainian Committee of the Mining Workers' council organized a team of Donbass miners that was based on the football players from Kadiyevka for tour games in Germany (Weimar Republic). There the Donbass team won four of their eight games. The following year in Luhansk took place an international game when the city team was challenged by their rivals from Austria. The Donbass players lost the game.

In 1936 the football teams "Metalist" and "Dynamo" united into the united Luhansk city team which next year was given the name Dzerzhynets. The name "Dzerzhynets" derives from the steam locomotive that was produced at the steam train factory FD – "Felix Dzerzhinsky". That year "Dzerzhynets" got the 3rd place in the Ukrainian second league.

In 1938 "Dzerzhynets" became the champion of Ukraine after having won 9 games and having played 2 games in a draw. It was admitted to the Soviet First League.

In 1972 Zorya did not only win its only Soviet championship, but also represented, re-enforced with only three players from other clubs, the USSR at the Brazilian Independence Cup (Taça Independência) mid-year. However only Vladimir Onishchenko represented the club at the Final of the European Football Championship few weeks earlier.

In the season 2005–06 the team won the first place in the Persha Liha, and has been promoted to the Vyscha Liha. Zorya was one of the original twenty teams to debut for the first season of the Ukrainian Premier League. The team played for five seasons until the 1995–96 season in which they finished eighteenth and where sent down to the Persha Liha. Zorya relegated to Druha Liha in 1996–97 season but she returned to Persha Liha in 2003–2004 season.

As Zorya Voroshilovgrad, the club had won the USSR Championship in 1972.