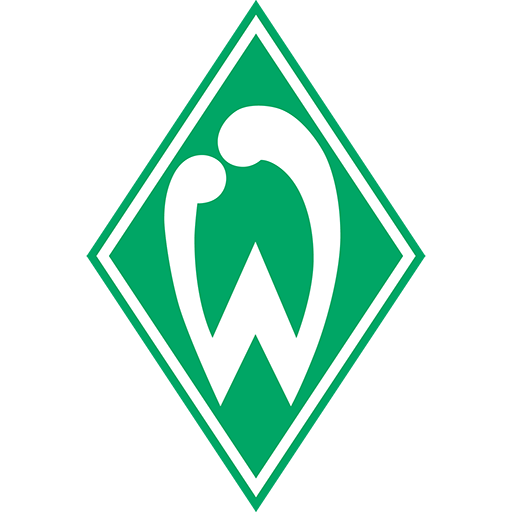 Sportverein Werder Bremen von 1899 e. V., commonly known as Werder Bremen, Werder or simply Bremen, is a German professional sports club based in Bremen, Free Hanseatic City of Bremen. Founded on 4 February 1899, they are best known for their professional football team, who will be competing in the 2. Bundesliga, the second tier of the German football league system, as of the 2021–22 season. Werder hold the record for most seasons played in the Bundesliga and are third in the all-time Bundesliga table, behind Bayern Munich and Borussia Dortmund.

Werder have been German champions four times, have won the DFB-Pokal six times, the DFL-Ligapokal once, the DFL-Supercup thrice, and the European Cup Winners' Cup once. The team's first major trophy came in the 1960–61 DFB-Pokal, a competition they last won in 2008–09. Their first German championship came in 1964–65, and their latest in 2003–04, when they won the double. In Europe, Werder won the 1992 European Cup Winners' Cup in a final against AS Monaco. They were runners-up in the 2008–09 UEFA Cup, losing against Shakhtar Donetsk in the final.

Since 1909, Werder have played at the Weserstadion. The team have a rivalry with fellow northern German club Hamburger SV, known as the Nordderby (English: North derby). In November 2019, Werder had 40,376 members.