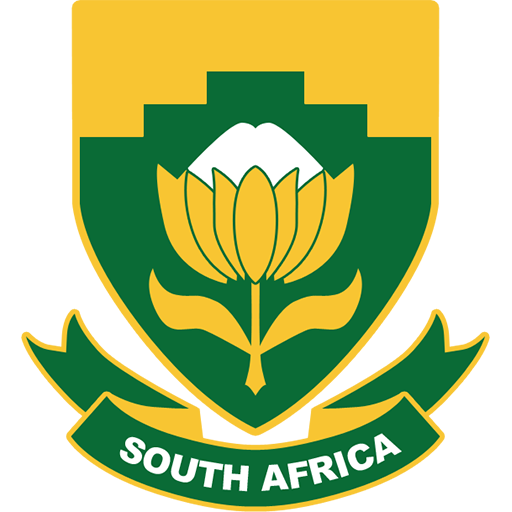 The South Africa men's national football team represents South Africa in association football and is controlled by the South African Football Association, the governing body for football in South Africa. South Africa's home ground is FNB Stadium, so named due to a naming rights deal, in Johannesburg. The team is currently under the charge of Stuart Baxter, who was appointed as coach on 5 April 2017. The team's greatest achievement was winning the Africa Cup of Nations at home in 1996.

Having played their first match in 1924, they returned to the world stage in 1992, after 16 years of being banned from FIFA, and 40 years of effective suspension due to the apartheid system. South Africa became the first African nation to host the FIFA World Cup when it was granted host status for the 2010 edition. The team's Siphiwe Tshabalala was also the first player to score in this World Cup during the opening game against Mexico, which was followed by an iconic Macarena-style goal celebration from five South African players. Despite defeating France 2–1 in their final game of the Group Stage, they failed to progress from the first round of the tournament, becoming the first host nation in the history of the FIFA World Cup to exit in the group stage. Despite this, the team ranked 20th out of 32 sides, ranking higher than 12 teams who qualified.