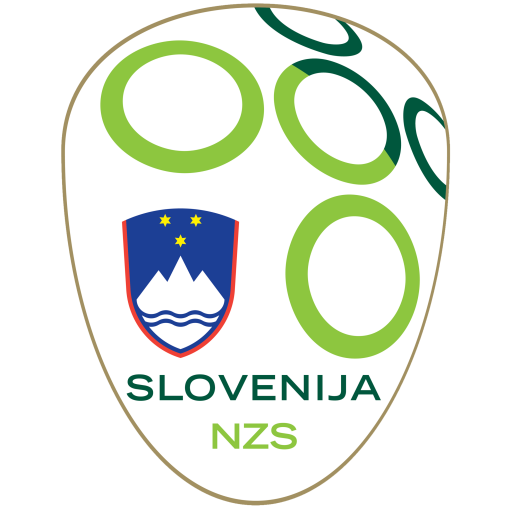 The Slovenia national football team (Slovene: Slovenska nogometna reprezentanca) represents Slovenia in men's international football and is governed by the Football Association of Slovenia, the governing body for football in Slovenia. Between 1920 and 1991, Slovenia was ineligible to field a separate team for competitive matches; local players instead played for the Yugoslavia national football team. Slovenia played its first official match in 1992, one year after the country gained independence from Yugoslavia.

Slovenian national team has participated in three major football competitions. In 1999, Slovenia qualified for the UEFA Euro 2000 after eliminating Ukraine in a playoff. Slovenia achieved another success two years later, qualifying for the 2002 FIFA World Cup, this time defeating Romania in a playoff. The team did not lose a match in its whole qualifying campaign, finished in second place with six wins and six draws, but did not obtain any points in the group stage of the finals. Despite failing to qualify for the 2006 FIFA World Cup, Slovenia was the only team to defeat the eventual World Cup winners Italy during the campaign. Slovenia qualified for its last major tournament in 2009 after defeating Russia in a playoff to clinch a berth for the 2010 FIFA World Cup.