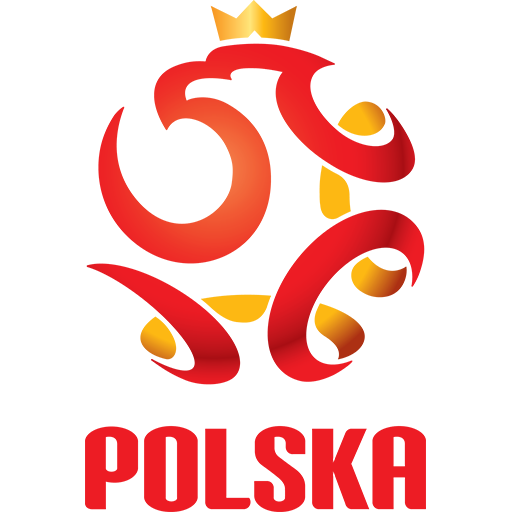 Biało-czerwoni (The White and Red)

The Poland national football team (Polish: Reprezentacja Polski w piłce nożnej) has represented Poland in men's international football competitions since their first match in 1921. The team is controlled by the Polish Football Association, the governing body for football in Poland.

Poland has competed at eight FIFA World Cups with their first appearance being in 1938 where they were eliminated by Brazil. The country's best result is a bronze medal which Poland won in 1974 and 1982, with this era being regarded as the golden era of Polish international football. At the UEFA European Championship, Poland's best result was a quarter-finals appearance at the 2016 tournament before losing to Portugal. Overall they have competed in three European Championships with their debut being in 2008. They were co-hosts of the 2012 edition, along with Ukraine. Overall, Poland's best ever result in international football tournaments was the gold medal won at the 1972 Munich Olympics, along with winning the silver medal on two occasions; at the 1976 Montreal Olympics and at the 1992 Barcelona Olympics.