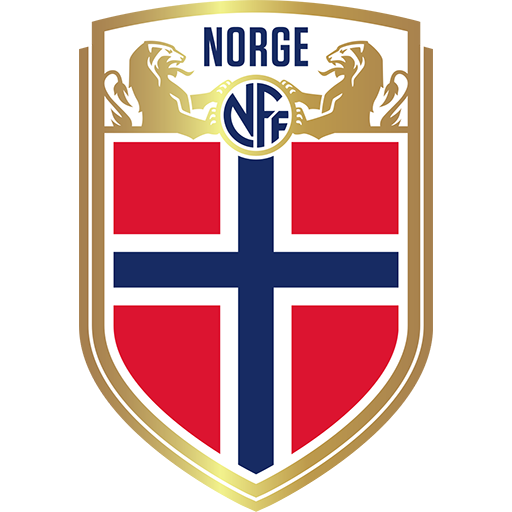 The Norway national football team (Norwegian: Norges herrelandslag i fotball, or informally Landslaget) represents Norway in men's international football and is controlled by the Norwegian Football Federation, the governing body for football in Norway. Norway's home ground is Ullevaal Stadion in Oslo and their head coach is Lars Lagerbäck. In February 2019, they were ranked by FIFA at No. 48., Norway has participated three times in the FIFA World Cup (1938, 1994, 1998), and once in the UEFA European Championship (2000).

Norway is, along with Senegal, the only national team that remains unbeaten in all matches against Brazil. In four matches, Norway has a play record against Brazil of 2 wins and 2 draws, in three friendlies matches (in 1988, 1997 and 2006) and a 1998 World Cup group stage match.