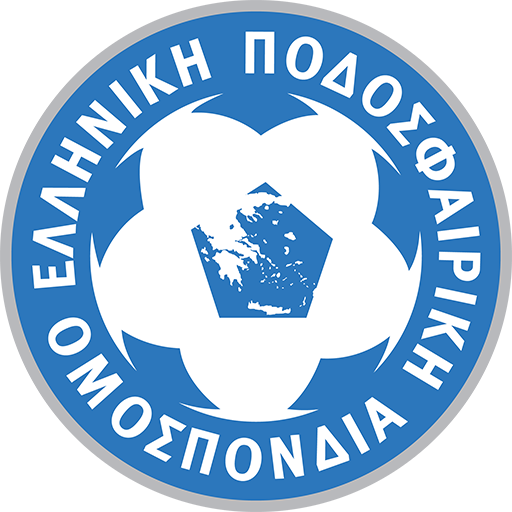 The Greece national football team (Greek: Εθνική Ελλάδος, Ethniki Ellados) represents Greece in men's international football and is controlled by the Hellenic Football Federation, the governing body for football in Greece. Greece play most of their home matches in or near Athens, either in Athens at the Olympic Stadium in the Maroussi section of the city or in the port city of Piraeus at the Karaiskakis Stadium just outside Athens. Greece is one of only ten national teams to have been crowned UEFA European Champions.

Greece made their first appearance in a major tournament at UEFA Euro 1980 and although they did not make it through the group stage, their qualification to the then eight-team tournament gave them a position in the top eight European football nations that year. Greece did not qualify for another major tournament until the 1994 FIFA World Cup and after an undefeated qualifying campaign, they produced a poor performance in the final tournament, losing all three group matches without scoring.

In the decade after the 2004 victory, Greece qualified for the final tournaments of all but one major competitions entered, reaching the quarter-finals at the UEFA Euro 2012 and the round of 16 at the 2014 FIFA World Cup. During that period, they occupied a place in the top 20 of the FIFA World Rankings for all but four months, and reached an all-time high of eighth in the world from April to June 2008, as well as in October 2011.