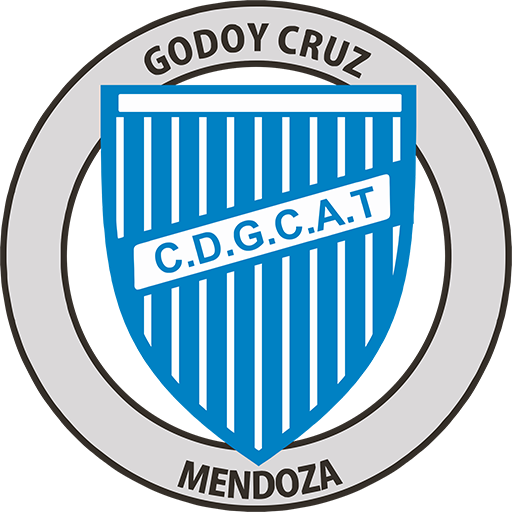 Club Deportivo Godoy Cruz Antonio Tomba, known simply as Godoy Cruz, is an Argentine sports club from Godoy Cruz, Mendoza. The club is best known for its football team, that plays in the Primera División, the top level of the Argentine football league system.

Godoy Cruz was born as an institution in 1921. It all started when a group of friends, gathered in the "Victoria Bar" (located opposite the departmental square at that time), decided to found a club, taking advantage of the boom at the time . Thus was born on 1 June 1921, the Club Sportivo Godoy Cruz with the novice presidency of Don Romero Garay.

The club was founded on 21 June 1921 under the name sportivo Godoy Cruz, and changed to its current name on 25 April 1930 after the fusion with Deportivo Bodega Antonio Tomba. In 1959, Godoy Cruz' stadium, the , was constructed. The stadium is nicknamed La Bodega (Spanish for "wine cellar") and holds 21,000 people.

Godoy Cruz played in the regional league for several years before reaching the national level. The club won the Mendoza first division championship in 1944, 1947, 1950, 1951, 1954, 1968, and also in 1989 and 1990 that qualified to play in the defunct Torneo del Interior national-level tournament.

Twenty-year-old Enzo Pérez scored the first goal by Godoy Cruz in the Argentine Primera, in a 1–1 draw with Belgrano on 9 September 2006.

At the end of the 2006–07 season, Godoy Cruz was relegated from the Primera after losing their promotion/relegation play-off with Huracán. Their stay in the second division was short, as they earned automatic promotion to the first division after finishing runners-up to San Martín de Tucumán during the 2007–08 season.

Godoy Cruz secured their best ever league position of 3rd place under Omar Asad's management during the 2010 Clausura. In that tournament, they also achieved the best-ever point total (37) for a team indirectly affiliated to the Argentine Football Association (meaning clubs under the administration of the Federal Council branch of AFA, which are teams outside Buenos Aires, Greater Buenos Aires, Rosario and Santa Fe). These results qualified them for the 2011 Copa Libertadores, their first appearance in this tournament.

In his participation in the Superliga Argentina, in the season 2017/18, Godoy Cruz, with his coach Diego Dabove achieved an excellent campaign, obtaining the second place in the season. The "Tomba" got 56 points in 27 games played, one of the milestones of the team in this championship was to get a record of 6 consecutive wins, in addition to having had the scorer of the season, Santiago García, who converted 17 goals.