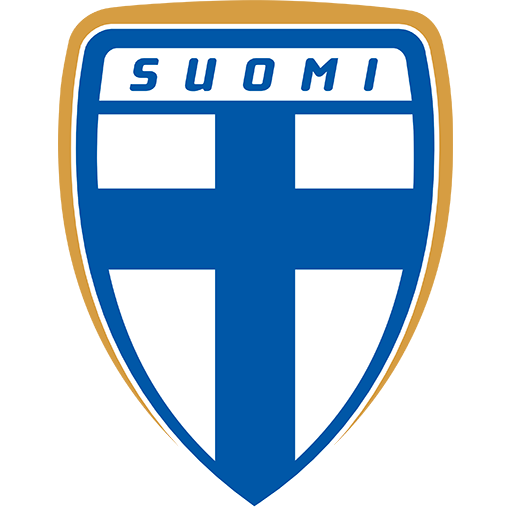 The Finland national football team (Finnish: Suomen jalkapallomaajoukkue, Swedish: Finlands fotbollslandslag) represents Finland in men's international football competitions and it's controlled by the Football Association of Finland, The team has never qualified for the FIFA World Cup finals in history, The team has a member of FIFA since 1904 and UEFA member since 1957.

Finland had not qualified a major tournament until securing a spot in the 2020 European Championship (postponed by a year due to the COVID-19 pandemic) and are the only Nordic team alongside minnows Faroe Islands to have never reached the FIFA World Cup finals. After many decades of relative obscurity, the nation made progression in the 2000s, achieving notable results against established European teams and reaching a peak of 33rd in the FIFA World Rankings in 2007. After a few years of poor results, they dipped to an all-time low of 110th in the FIFA rankings in 2017, but then began to rise up again and, as of October 2019, they sit at 55th.