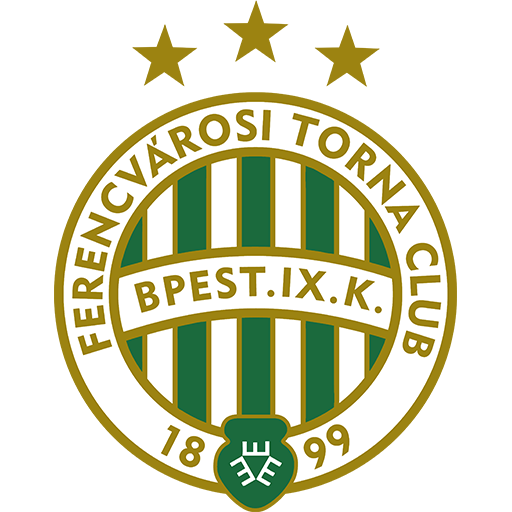 Ferencvárosi Torna Club, known as Ferencváros, is a professional football club based in Ferencváros, Budapest, Hungary, that competes in the Nemzeti Bajnokság I, the top flight of Hungarian football. Ferencváros was founded in 1899 by Ferenc Springer and a group of local residents of Budapest's ninth district, Ferencváros. Ferencváros is best known internationally for winning the 1964–65 edition of the Inter-Cities Fairs Cup after defeating Juventus 1–0 in Turin and for reaching the final in the same competition in 1968, when they lost to Leeds United and the final in the 1974–75 season of the European Cup Winners' Cup, lost to Dynamo Kiev.

The best-known part of the club is the well-supported men's football team – the most popular team in the country. The parent multisport club Ferencvárosi TC divisions include the women's football, women's handball, men's futsal, men's ice hockey, men's handball, men's water polo, cycling, gymnastics, athletics, wrestling, curling and swimming teams, some of which are highly successful.

The club colours are green and white, and the club's mascot is a green eagle, hence another of the club's nicknames, The Green Eagles.