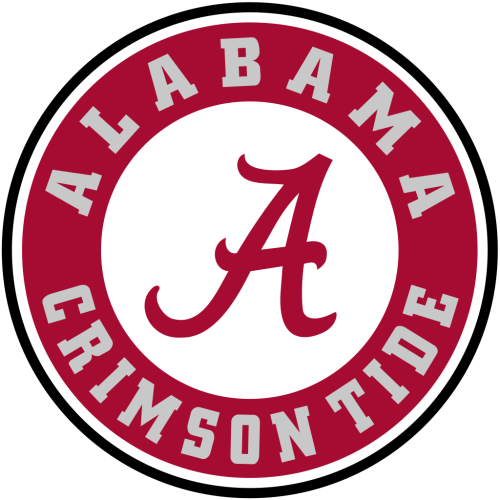 The Alabama Crimson Tide men's basketball team represents the University of Alabama in NCAA Division I men's basketball. The program plays in the Southeastern Conference (SEC). In the conference it trails only long-time basketball powerhouse Kentucky in SEC tournament titles, is third behind Kentucky and Arkansas in wins, and is also third behind Kentucky and LSU in SEC regular season conference titles. Alabama was retroactively recognized as the pre-NCAA Tournament national champion for the 1929–30 season by the Premo-Porretta Power Poll.

The men's basketball program has spent most of its history in the shadow of Alabama's football team, but has risen in stature over the past several decades. Under former coach Mark Gottfried, the team achieved a No. 1 national ranking briefly in 2003, and competed for an NCAA Regional Tournament Championship in 2004. The program was notable as a regular conference basketball contender in the 1980s and early 1990s under the direction of coach Wimp Sanderson and in the 1970s under coach C. M. Newton. Alabama has eight NCAA Tournament Sweet 16 appearances. In the 2003–04 season, the team defeated #1-seeded Stanford in the NCAA Tournament, and reached the Elite Eight round where they lost to the eventual national champion, Connecticut.